Thick, rich, and creamy caramel whipped cream is the perfect dessert topping for any occasion. Made with only two ingredients, you can whip this up in less than 5 minutes.

This caramel whipped cream is quick and easy to make with just two ingredients.

It is a delicious topping or filling for desserts, cakes, milkshakes, and more.

Made with a store-bought caramel sauce, this recipe is just as easy as this flavored cream dessert dulce de leche mousse or this maple whipped cream, or this easy chocolate whipped cream.

A thick and rich creamy homemade caramel whipped cream made with two ingredients. Make this flavored whipped cream to use as a topping for ice cream, cakes, cupcakes, and more.

This recipe for caramel whipped cream is easy to make. It just uses two ingredients, and can be ready in under 5 minutes. But it's also versatile.

This whipped cream is the perfect topping for any dessert, from cakes to ice cream to cheesecakes.

What's more is that it can be made a few days in advance. This makes it a great choice when you're hosting a party.

What is Caramel Cream Made Of?

Caramel whipped cream is a sweet and creamy topping made from heavy cream, confectioners' sugar, and caramel sauce.

You can use store-bought caramel for a quick and easy recipe or make a caramel sauce from sugar and water cooked on the stovetop as Martha Stewart does in this caramel whipped cream recipe.

To make an easy homemade caramel whipped cream, you will need to whip the heavy cream until it starts to thicken, then add the confectioners' sugar and caramel sauce.

After this, you will need to continue beating the mixture until it forms stiff peaks.

Once the caramel whipped cream is ready, you can then use it as a topping for desserts, or cover and store it in the fridge until needed.

Cream - use a high-fat cream like heavy whipping cream, it whips up better than low-fat or half-and-half cream.

Caramel - we used butterscotch caramel sauce, but you could also use a plain or salted caramel sauce or make this slow cooker dulce de leche for this recipe.

Because caramel sauce is already sweet, you don't need sugar for this whipped cream recipe.

There are several different types of cream on the market but not all can be whipped.

The best types are creams to use should have a 36% or higher fat content. These types are often labeled as heavy cream, heavy whipping cream, and thickened cream.

Due to the high-fat content, they retain their shape when whipped.

Whipping cream has a slightly lower fat content of about 30% it can be whipped but it does not hold that well. You may need to add extra sugar or a stabilizer to help it keep its shape.

On the other hand, half and half cream is a combination of half milk and half cream, and this is not suitable for whipping because it has a low-fat content.

In general, it is best to use heavy or heavy whipping cream to make whipped cream because these types whip well and hold their shape best.

Step 1 - Place one cup of cold heavy cream and caramel sauce into a mixing bowl. If you would like the cream more or less sweet, feel free to adjust the amount of sugar.

What Are Soft, Medium, And Firm Peaks

It's important to use cold heavy cream when making whipped cream. This helps the cream stiffen faster and hold its shape better. So leave it in the fridge until you are ready to pour it into the bowl and start whipping.

Use a chilled bowl

It's also a good idea to use a chilled bowl when making whipped cream especially when the weather is very hot. A cold bowl helps the cream stiffen faster and prevents it from overheating.

Be careful not to overbeat the cream, as this can cause it to become grainy and lose its smooth, creamy texture. Stop beating the cream as soon as you see it reach the stiff peak stage.

Use a high-quality cream

Using a high-quality, high-fat cream will result in a richer and more stable whipped cream. Look for a cream with at least 30% fat content or labeled as whipping cream.

This recipe makes about 2 cups of caramel whipped cream and would serve about eight, and a serving size is about ¼ cup.

In this recipe, there are about 144 calories in a ¼ cup serving.

This caramel-flavored whipped cream can be used as a topping for filling for desserts:

Here are a few variations on this caramel whipped cream recipe that you could try:

Spiced Caramel Whipped Cream - Add a pinch of cinnamon, nutmeg, or pumpkin pie spice to the whipped cream for a warm and aromatic twist.

Salted Caramel Whipped Cream - Add a pinch of fine sea salt to the cream for a salty-sweet contrast.

Maple Caramel Whipped Cream - Replace half the caramel sauce with maple syrup and add a pinch of cinnamon or nutmeg for a fall-flavored twist.

Bourbon Caramel Whipped Cream - Add a splash of bourbon or other alcohol to the whipped cream for a boozy twist on the classic recipe.

Chocolate Caramel Whipped Cream - Add a couple of tablespoons of cocoa powder or cooled melted chocolate to the whipped cream for a rich and chocolatey twist.

Refrigeration – Store caramel whipped cream in an airtight container in the fridge. If stored correctly, it should keep for up to 3 days.

How much-whipped cream does 1 cup of heavy cream make?

But keep in mind there may be slight variations on what you get, based on several factors such as temperature and the humidity in your kitchen.

I do hope you try this caramel whipped cream recipe. If you do make the recipe, please come back and leave a comment below because I would love to know how it went. 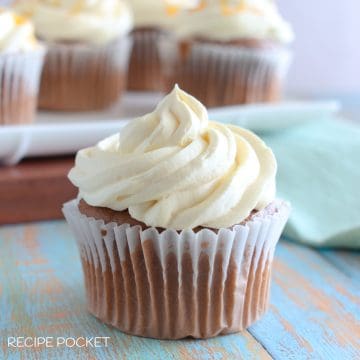